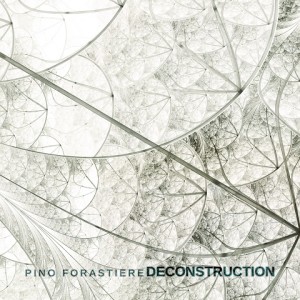 On January 28 Pino Forastiere releases his ninth album Deconstruction – the first one to be entirely created by the guitarist/composer. The album is completely self-produced with him acting as both producer and sound engineer.

Deconstruction is a brief but intense album (30 minutes) that is deliberately slow at times, almost as if trying to get away from the chaos of the noise, confusion and speed that surround us. This is an acoustic guitar disc but one that goes against the current obsession with the acoustic guitar, it’s instead created for people who want to listen, take their time, and think about where music is going for one of the most popular instruments in the world. Deconstruction isn’t folk, isn’t pop, isn’t new age, but it is a disc about “starting again from here”, punctuated by echoes of the past and by questions about what future music we might decide to take with us.

In Forastiere’s suitcase there is a bit of everything: experimentation with modernity (Lines, performed on the prepared guitar), his unforgotten love of Baroque music (Time Present and Time Past), and for the open spaces of his homeland (In a Sunny Small Town), his curiosity for 20th century American music (Go, Go, Go, Said the Bird) and his need to regain the silence between the notes (Deconstruction).

Click HERE to purchase the physical cd of Deconstruction and all the scores.