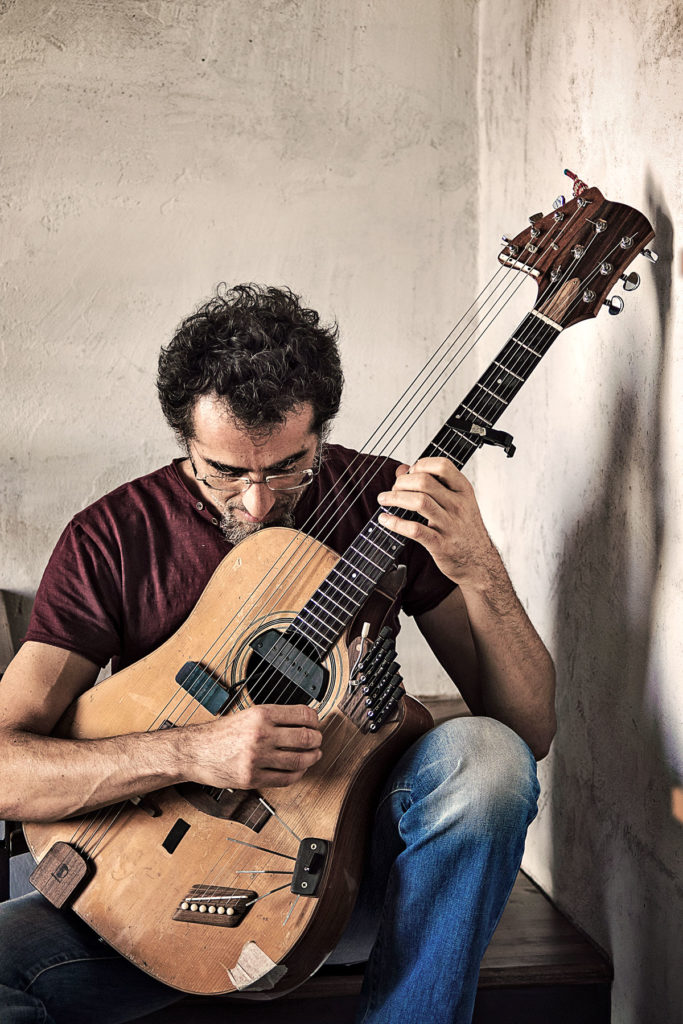 The music of Forastiere is a product of his solid training in classical, contemporary and rock music. His music defies genre definitions.

Forastiere regularly plays for festivals and concert seasons – classical and not – in Europe, the United States and Canada, where radio and media have devoted various specials to his music.

As well as his solo work, in January 2008, Forastiere performed his piece for electro-acoustic guitar and string orchestra “Why Not?”, at the Palladium Theatre in Rome, a world premiere with the Roma3 Orchestra directed by Pietro Mianiti.

In 2010 he formed Guitar Republic, with the two acoustic guitarists Sergio Altamura and Stefano Barone; that same year the trio released their debut album and began touring intensively in Italy, the USA and Canada.

In 2012, at the New York Guitar Festival, Forastiere presented “from 1 to 8”, a collection of eight studies for contemporary acoustic guitar focusing on different technical and compositional aspects. In 2010/11 and 2013/14 he toured with the International Guitar Night (US and Canada).

His fifth solo album, and ninth of his discography, “Deconstruction,” was released in January 2015.

listen to Pino Forastiere on Spotify

He employes a dazzling blend of slapping, tapping, strumming, altered tunings and harmonics, combined with classical phrasing and a focus on distinct and addictive melodies  – Guitar Player

His music is something like a mix of Steve Reich’s interlocking rhythmic patterns meet Michael Hedges’s  techniques, all while admiring Eddie van Halen – New Sounds,  WNYC

Forastiere’s technique is futuristic, and his musical sensibility is visionary – Chitarre

Each composition is a unique journey of impeccable technique and melodic invention. Pino Forastiere is a scientist of the guitar, but a scientist with soul – Echoes.org

This is music from a genius which will make you excited about music all over again – Minor 7th.com

Prepare to be transported to another dimension – Jam Magazine